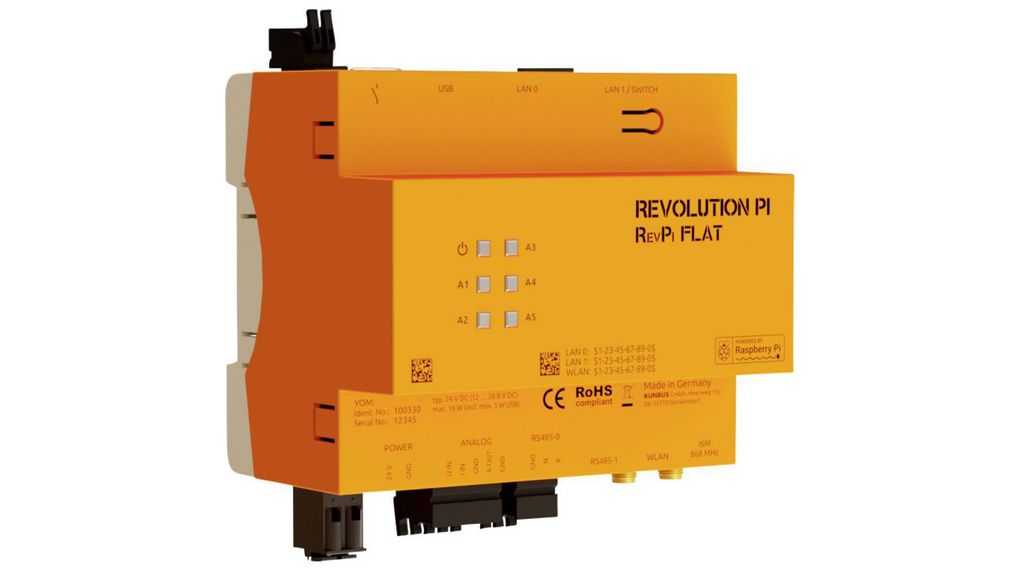 The Revolution Pi is an open-source sensor that can be used in industrial IoT applications. It has several different use cases, including monitoring of laboratory processes. For example, a manufacturer of cabinets used for safe storage of chemicals uses the device to alert users of which chemicals they should use. Traditionally, such cabinets are metal fire-secure boxes. Using Revolution Pi, the cabinets can be made smarter, telling users which chemicals to use. You can buy revpi here.

With the Revolution Pi, you can remotely monitor production processes. For example, if a pump in a chemical plant malfunctions, you can use Revolution Pi to download recordings from the plant. It can then analyze and reconstruct reported errors. It can also communicate with third-party systems through interfaces. In many cases, the Revolution Pi can serve as a virtual twin.

This all-in-one industrial IoT board is an open source platform that comes equipped with a quad-core processor and 1 GB of RAM. The RevPi Compact supports full root access and has 8 digital and analog inputs and outputs. It also includes an RS485 interface and two Ethernet ports.

If you’re interested in using a Raspberry Pi, Revolution Pi or Strato-Pi in your industrial IoT project, you have come to the right place. Revolution Pis are capable of running anything from simple shell scripts to a full-fledged Java server running inside a Docker container.

The Revolution Pi and Strato-Pi are open-source, based on the Raspberry Pi, and are developed by an independent community of application developers. They’re also compatible with most applications. While the Revolution Pi is not a good fit for motion control, it’s a great device for a wide range of other industrial IoT applications. Because it’s an open-source system, customers can install any software they want to run on the device, regardless of manufacturer.

The Revolution Pi is a low-cost and flexible industrial IoT device that is designed to meet the demands of industrial IoT applications. Its design supports harsh environments such as high temperatures, humidity, and dust. Its plug prevents accidental pull-outs, and it runs Raspbian and Ubuntu Core operating systems. It boasts 1 GB of LPDDR memory and 64 GB of eMMC.

The Revolution Pi was developed by Kunbus, a company that develops customized industrial solutions. In addition to industrial IoT projects, the company is also dedicated to developing open-source solutions.

The Revolution Pi Strato-Pi watchdog is a highly versatile industrial server. It can run simple shell scripts, as well as a full-fledged Java server in a Docker container. The device can be used for industrial IoT in many different applications.